As described in this blog post, the BIKEWALK is a newly coined term to describe a street design concept with raised walkways and bikeways, separated from car travel lanes.  When combined with street trees, landscape, benches and street lights, bikewalks help convert our streets into beautiful, public outdoor rooms.
​As a parent of two young children, including one who recently learned to ride a bike, it's clear how treacherous our roads are for cyclists of different ages and abilities.  The biggest challenge is that bikes aren't cars, and bikes aren't pedestrians,yet our streets constantly force cyclists to shift between car mode and pedestrian mode.  There is no clear, safe, third way for bikes - until now.

Bikewalks are the third way.  It's a new word for an infrastructure type our cities and communities desperately need to promote safe, cycling for people of all ages and abilities.  A full bikewalk, as described in a typical street section, would exist on either side of a central car zone (driving and parking).  Street trees next to parking lanes offer a shaded canopy, and also serve as a transition zone to prevent bikes from being doored or hit by cars. Bike travel lanes would be raised from cars, and separated by plantings on both sides.  A low plant strip with benches, street lights and other furniture can help buffer pedestrians from bikes (or scooters, skateboards, and light electric vehicles).

Good design is critical to making a good bikewalk.  The four key elements of a bikewalk, with critical dimensions and complementary design criteria are listed below: 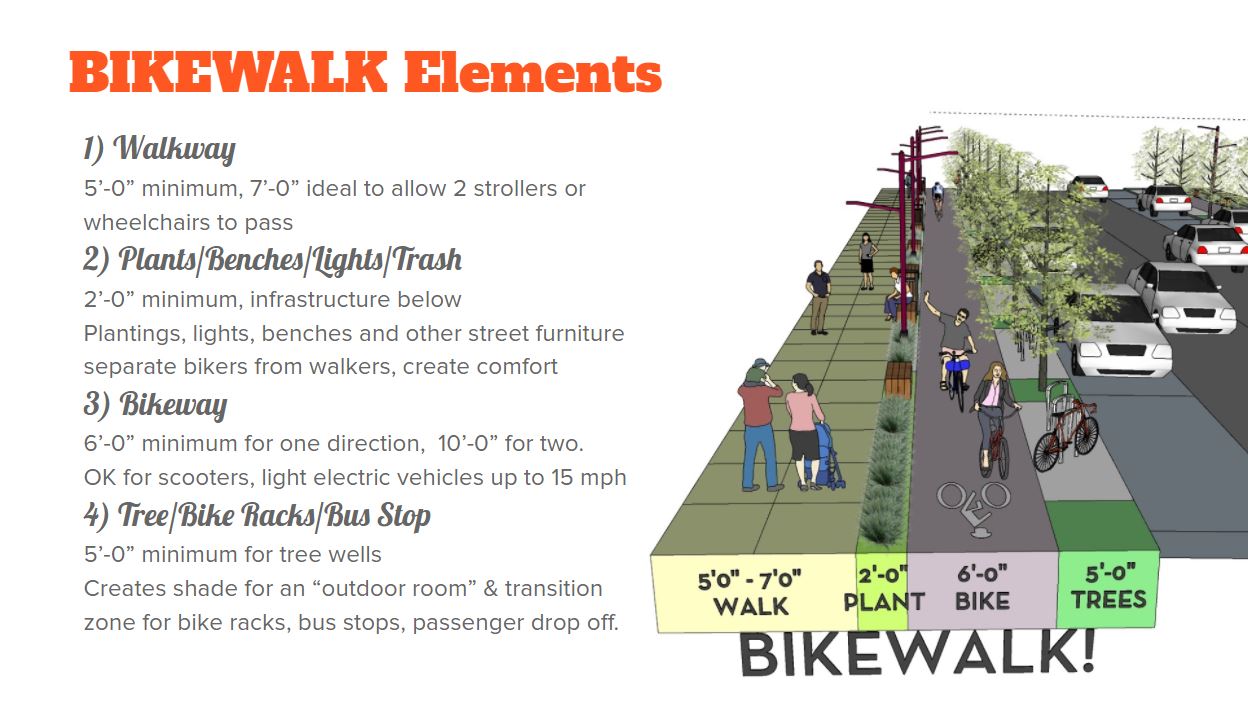 Despite the new terminology, bikewalks aren't a new concept.  In fact, they have already been implemented all over the world, in cities  like Taipei (Taiwan), Tokyo (Japan) and Sydney (Australia). 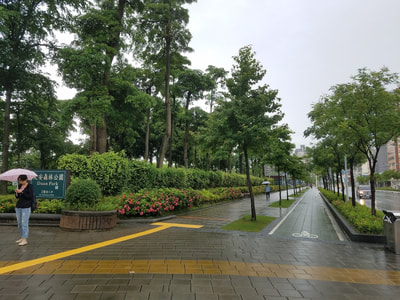 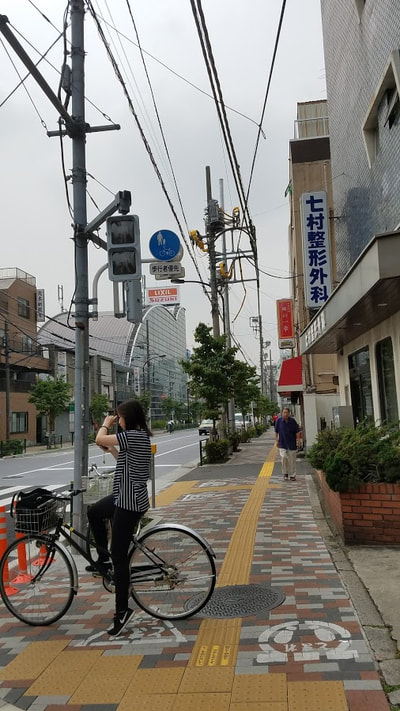 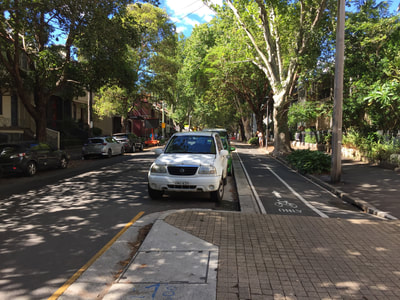 ​Unfortunately, Bay Area developers haven't received the memo about bikewalks, and consequently, we have missed several local opportunities at new ground-up mixed use developments to create truly bike friendly, multimodal streets. Places like Bay Meadows, Main Street Cupertino, and Santa Clara Square were all constructed with conventional street types, with careful attention to pedestrian and car driving experience but with no regard for the needs of cyclists, other than the false car mode or pedestrian mode dialectic. 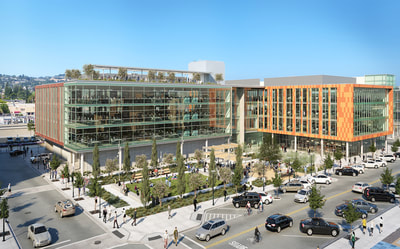 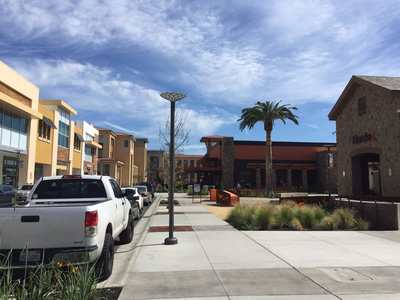 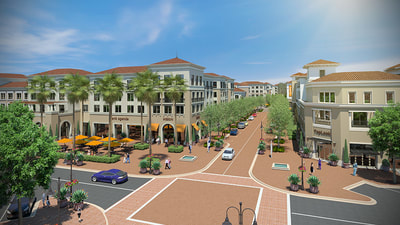 In the next few years, Silicon Valley will see a huge proliferation of new mixed use developments:  North Bayshore (Mountain View), Facebook Village (Menlo Park), North Ventura (Fry's Palo Alto) Vallco Village (Cupertino), Yahoo (Santa Clara), and even Diridon Station in San Jose.  For this next generation of places, it's imperative that our streets be designed to better support people of all ages and abilities who want to use active transport. Bikewalks in new mixed use districts are a critical opportunity help our future communities thrive carbon and emissions free,  Not every new street needs a bikewalk, but just a couple bikewalks per place will enable our communities to take a positive step toward delivering the comfortable, safe, complete streets our general plans aspire to....and that our kids need. 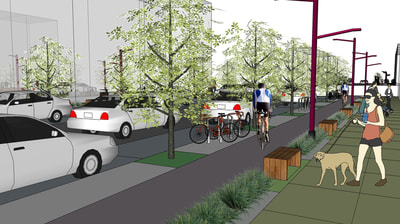 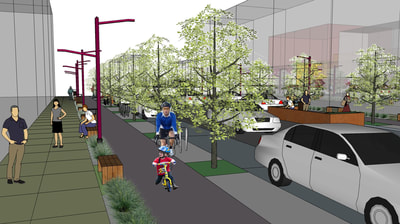